Tradeswomen Australia Community Foundation’s vision is that all women are able to live free of poverty and disadvantage and participate in the career and life of their choice.

Tradeswomen Australia have announced the formation of a major charity – a community foundation which will support vulnerable and at-risk women to transition to financial and life security through a career and other pathways.

“Tradeswomen Australia is campaigning to address the lack of women across 62 trades in Australia, where despite shortages in many trades, the participation rate of women is at an appalling 2% – the same level it has been for around 25 years.”

AFLW player Kendra Heil from the Essendon Bombers, a painter, has joined the TWA Community Foundation team as an Ambassador. 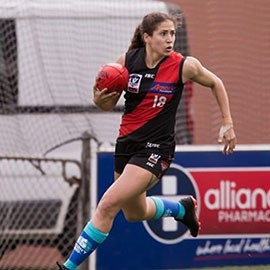 The former Mayor of the City of Port Phillip, Janet Cribbes, who has extensive experience in government, community, and not for profit sectors with a particular interest in progressing opportunities for women, will lead the new Foundation as Chair.

Ms McDonald said the formation of the Tradeswomen Australia Community Foundation comes at an extremely difficult time for women in Australia, who are losing their jobs at five times the rate of men, suffering an increase in domestic violence, and dealing with gender bias on many fronts which is heightened by the impact of the COVID pandemic.

To find out more about the Community Foundation, and how you can get involved, click on this link.

To view the highlights of the Community Foundation Launch, click on this link.