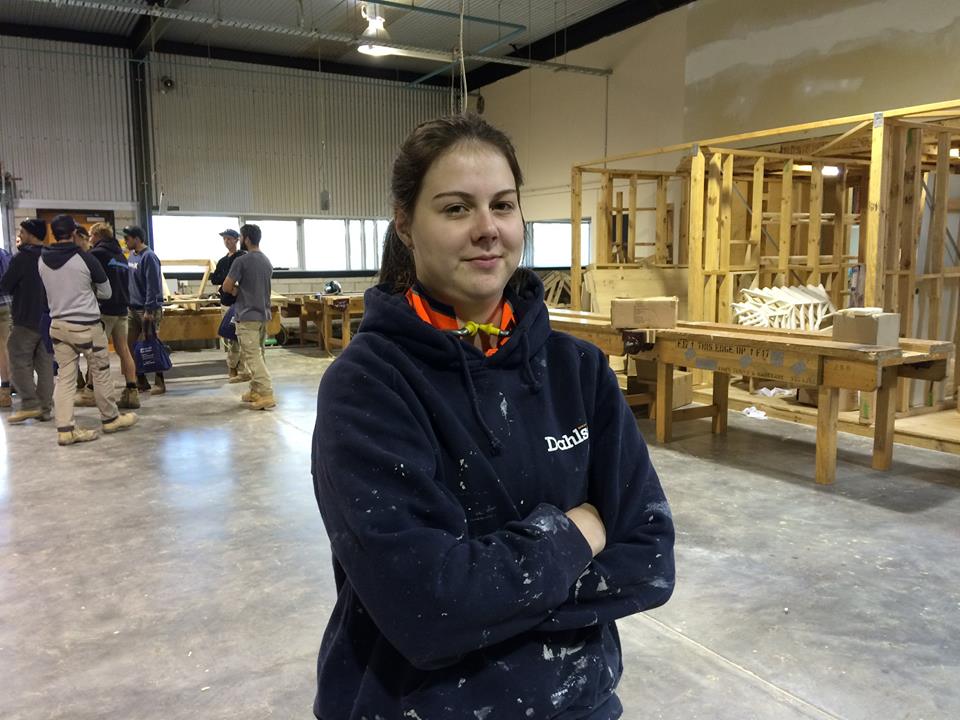 The $5.3 billion building blitz on new public housing, announced today by the Victorian Government, could be an outstanding national showcase of Government policy and commitment to lift the number of women employed in trades.

Managing Director of Tradeswomen Australia, Fiona McDonald said women in Australia are being isolated from trades jobs through historic gender discrimination barriers, a lack of promotion of trades to girls at secondary school level, and in some cases, a lack of knowledge by parents.

“Historically, women in Australia have faced sexual discrimination stopping them from breaking into the core trades of carpentry, automotive and electrical, which has remained at less than 2% for over twenty-five years.”

“The drive to increase the number of women in the trades is already being picked up by progressive companies, education and training organisations, and the Victorian Government, who are designating that a number of women be employed as part of major construction contracts.

“The $5.3 billion commitment to public housing by the State Government is a major, positive social reform which will have a long-term social impact on thousands of families.  By ensuring tenders require strong representation of qualified tradeswomen and pathways for new tradeswomen to enter, the social impact of the funds will be greatly increased.”

“The organisation is focused on developing programs to assist vulnerable and disadvantaged women develop pathways into trades areas by providing information, mentoring and connections into appropriate trades.

“The areas the programs will be designed to provide assistance to will include migrant families, women facing recovery from domestic violence situations, and girls leaving school and needing assistance to obtain an apprenticeship.”

Ms McDonald said the first project for the Tradeswomen Australia Community Foundation will be based in the west of Melbourne beginning early next year.

Fiona McDonald available for comment on Zoom or phone.