The development of Australia’s Green Energy Industry will provide a major opportunity to address the entrenched barriers against women entering traditional male dominated trades in Australia.

Managing Director of Tradeswomen Australia, Fiona McDonald, who will speak at the Clean Energy Council online national summit today said “with Australia’s Green Energy industry as a relatively new and expanding industry, there is a major opportunity for the industry to diversify and use the learnings from other industries who have proven the benefits of diversifying worksites. 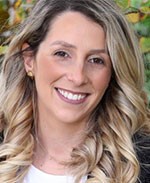 “Currently women apprentices/trainees in the core trades of carpentry, automotive and electrical has remained less than 2% for over twenty-five years with three major national systemic problems.”

Ms McDonald said the barriers for women entering a trade in the renewables sector are the same barriers women have experienced for decades across other male-dominated trade industries. These include:

World Economic Research findings in 2020 suggest that it will take another 99.5 years to close the overall gender gap. With Australia ranking 44th overall in the World Economic Forum Global Gender Index, tracking well and truly behind places like the Philippines, Bolivia and Mexico.

Ms McDonald said Green Energy will increasingly be one of the major driving forces in Australia’s future economic and social development and it will be important to increase the percentage of women employed in the Green Energy Industry.

Ms McDonald said a gender balance in Australia’s skilled work force could lead to generational change and end the national embedded discrimination against women in the trades area which starts at the career advice and apprenticeship level.

Ms McDonald said in 2012, the Grattan Institute found that if there was an extra 6% of women in the workforce, we could add up to $25 billion, or approximately 1%, to Australia’s Gross Domestic Product. * ²