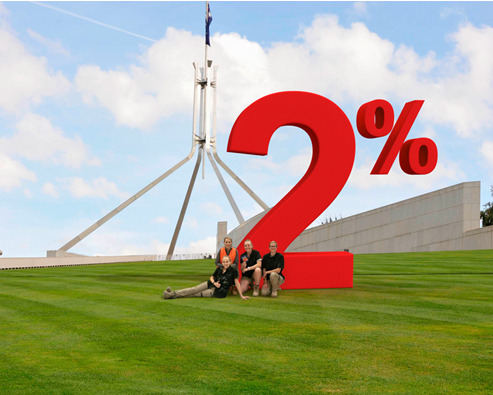 Tradeswomen Australia today said the upcoming Federal Election provided a major opportunity for all political parties to highlight their policies and budgets to promote how they are lifting the participation of women in the traditional trades from just 2%.

CEO of Tradeswomen Australia, Ms Janet Cribbes said breaking down the barriers for girls and women to gain employment and enter the lucrative trades area is one of the most significant social gender equity reforms facing the Australian community.

“A bipartisan policy by all political parties to agree to publish and promote their policies to increase women’s entry into the trades, including the percentage of apprenticeships available to women in each state, would be an important step to providing employment equity in the trades.

“This would be an important national positive communication channel for all political parties, and the Federal and State Government’s to update their progress on an issue impacting women across the nation in the trades.”

Ms Cribbes said the mission of Tradeswomen Australia is to increase the representation of women working in skilled trades roles by working with employees and employers across the public and private sectors.

“We raise community awareness, educate and support women who are at risk or in vulnerable situations to transition to financial and life security through trade careers.

“One of the major embedded historic problems in the past for women to gain employment in the trades has been the common sexist excuse ‘That’s a Man’s Job, Women Can’t Do It.’

“The reality is every day across Australia in the vast majority of trades in workshops, building sites, and apprenticeship training courses, women are providing the evidence that ‘Yes, She Can’.”

The imbalance of the women’s opportunities to enter the trades is clearly visible through the National Skills Needs List (2019) which listed 65 trades that are experiencing national skills shortages. Of those, 62 can be classed as male-dominated trades; only 3 could be classed as female-dominated.

“In the wake of COVID-19, the need for qualified tradespersons will dramatically increase with the Federal and State Government’s major infrastructure projects and the demands for new housing and commercial building throughout Australia, as part of Australia’s economic recovery, the participation rate of women in the trades should also increase.

Ms. Cribbes said there is an increasing recognition by Government and the private sector in many industries of the advantages of having a non-discriminatory balanced workforce of men and women. This is highlighted in the media by organisations profiling a mix of male and female employees in their corporate policy profiles and advertising and employment advertising.

“The growing recognition of skilled women contributing to the trades in Australia is being boosted by the Government involvement at Federal and State levels through specific campaigns to encourage more women into the trades including investment in training and apprenticeship funding.”

The announcement today by the Victorian Government to mandate the numbers of female workers on building sites through a new building equality policy ,is an important step which recognises the value and capacity of women to be employed in the trades.and help overcome the national skills shortage Ms Cribbes said.

School leavers and mature women wanting to gain information on careers in the trades and access the views and experiences of women working in the trades now, can join the Tradeswomen Australia Facebook at  https://www.facebook.com/twaustralia/