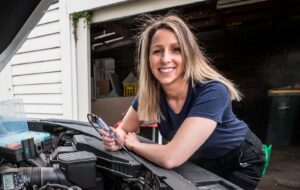 Women completing school at the end of the year are being urged to consider trade apprenticeships or employment in the trades areas to take advantage of the Federal Government’s $2 billion training and skills push amid deepening unemployment.

Fiona McDonald, Managing Director of Tradeswomen Australia said, the investment commitment by the Federal Government provides a major opportunity to increase the number of female apprentices/trainees in the core trades of carpentry, automotive and electrical, which has remained at less than 2% for over twenty-five years.

“Currently given the large numbers of job losses which will impact on women’s employment, it is an important time for them to explore wider horizons for employment in the trades.

“It is important for young women to be encouraged by their parents and career teachers to explore the trades which can lead to life time skills, good wages and a range of progressive career opportunities.

“The other advantage of working within the trades area is that it can open up opportunities for women start and run their own businesses as a path to financial security.”

Ms McDonald, who trained as a motor mechanic, said “currently, one of the major challenges is overcoming the lack of knowledge at school level and with parents, that women have the potential and the ability to have successful, rewarding careers in the trades.” 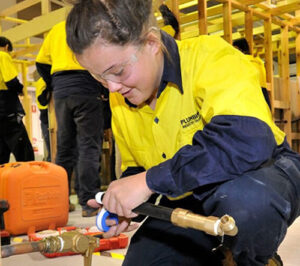 Above: Apprentice receiving crucial support and skills to excel in their chosen trade

Fiona McDonald available for comment on Zoom or phone.

26 April 2021
PrevPrevious1920 Women Fight to Vote – 2020 Women Fight to Work
NextFederal Government $1.2 Billion Boost to Apprenticeships an Opportunity to Increase Women’s Participation in Trades from 2%Next